Dr. Maria Montessori (1870-1952), the first female physician in Italy, began her work while observing the behavior and education of mentally disabled children. She began to develop and apply her method combining her ideas with those of other physicians, educators and anthropologists such as Froebel, Sergi, Itard and Seguin. In the early 1900’s, she was asked to educate a group of “unruly” children in a housing project in Rome where she applied some of these original observations and ideas in child development. She named this classroom, which opened in January of 1907, Casa dei Bambini, or Children’s House. Dr. Montessori had discovered that children have an innate desire to learn, explore, and master new skills. Through the multi-sensory materials she designed, children, starting as young as age 2, quickly thrived in the areas of self-achievement, reading, writing and math. Her results in improving the education of children quickly gained recognition and widespread international attention, an endeavor to which she dedicated her entire life.

Dr. Montessori’s approach to education stems from a solid grounding in biology, psychiatry and anthropology. She studied children of different races and cultures around the world and witnessed the universal laws of human development. The year 2007 marked 100 years of Montessori education.

To learn more about each area of the classroom click below: 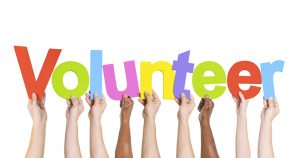